And for those who who read my agonizing post about the screaming day(s)...it got better after that painful Sunday and part of Monday. We did have lots of smiles and tickles and all around good stuff. It was a difficult trip with me being on 24/7 without Eric there. It was certainly hard - thank you for listening and for sharing that even birth parents have those days of uncertainty. You have no idea how comforting your thoughts and prayers were. We do think that there might be some digestive issues with the new food but we think it's more of a sensitivity crying. He has many signs of it. We do have a doctors appointment on Tuesday for the medical part and we will take it from there. Ahhhh, breathing right now....it sure feels good!!!! 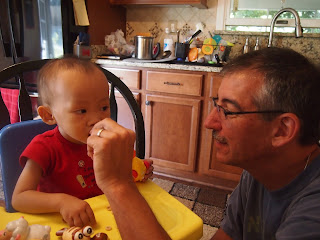 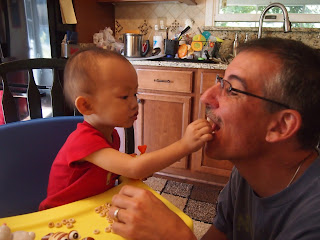