Yesterday we received word that our oldest son Michael was at a camp and that we were getting put in touch with his volunteer. Quickly we received multiple emails filled with kind words about our son. And pictures to boot! I have to be the proud Momma already and share what his volunteer said about him. He is called Daniel in this setting:


I don't even know where to begin with Daniel (let me know if you would prefer me to call him by his Chinese name). He is the most exceptional child I have ever met. When I first met him he was very quiet, but he didn't shy away. I didn't know what to expect when it came to me trying to hug him and love on him, but he never once turned me down or shrugged me off. He receives love very well, but even more incredibly is that he gives it back two fold. My family group for the week also included another girl from his orphanage. She had a disability that really hindered the use of her hands. The way Daniel helped her was incredible. He never had to be asked, he just did it; he opened her bottles, carried her belongings, served her food, etc. He actually was very conscious and aware of everyone's needs. When I lost a card game by losing all my cards, he gave me half his deck so I could continue to play. He carried my water bottle around for me, as well as bags. He was always kissing and hugging the other children with disabilities and helping them. He has the heart of a servant. He never once misbehaved in the slightest. It was unlike anything I've ever seen before. Now not to say he doesn't misbehave, but disobedience is definitely not something I think you will see often.

Besides having the sweetest heart, he is brilliant. He has a very good memory and such a drive to learn. His English is pretty impressive considering his age. He knew common phrases, the entire alphabet, and numbers up to 20. He can also write in English if you tell him how to spell it. He constantly was asking me how to say new words and took pride in remembering them. He told me he wants to learn English and be an English teacher when he is older.

Lastly, he really likes to play sports. He really blew me away with his hand-eye coordination and how well he could kick a ball considering his prosthetics. Honestly, I didn't even know he had them until he took them off, I just thought he had a limp. They don't hinder him in anyway though. He was very strong and never once fell behind, even when going on intense hikes or climbing up stairs. He needs new ones though. He keeps one on with a single Velcro strap and he ties the other one on with a rope. It killed me and I instantly wanted to fundraise for new ones. He is a champ though and never once struggled. He can also walk without them though! He has enough of his legs remaining to do so (they end about midway/lower half of his calves) and ran around the water park for hours without them. Once again, he is awesome.

I don't say this out of bias, or to flatter, but he is literally the most outstanding child I have ever met.

.....Today was my last day with him, and he cried all the way to the bus. While loading, he smiled through his tear-streaked face, flashed a thumbs up, and said "okay?"  This was our secret way of communicating we were all right, and it is amazing how appropriate it was at that time, because yes, he will be okay, and I am so thankful for the comfort I have knowing he will be cared for, loved, and raised up in a loving family. I was able to confidently respond "okay."

I am absolutely melting!!!! I am speechless. I am moved by how much love this volunteer has for our son - how she loved on him. I am feeling so blessed!!!

By the way, the girl that Michael was helping while at camp is being adopted by a family we have been in touch with from Pennsylvania!!! They will meet again!!

We are waiting to hear from Matthew's volunteer but here are some pictures from Michael's volunteer: 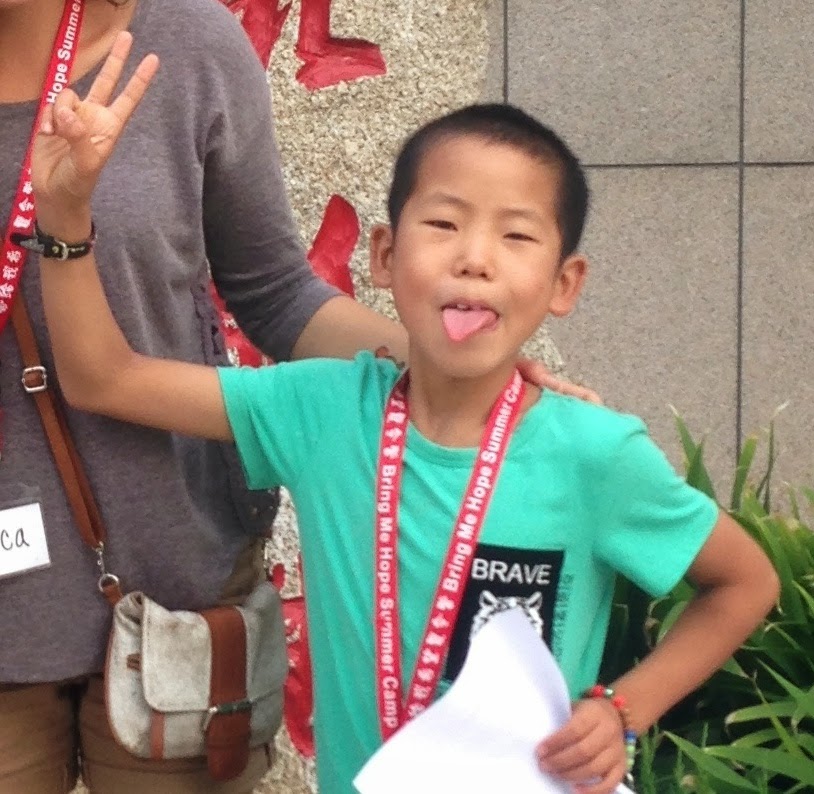 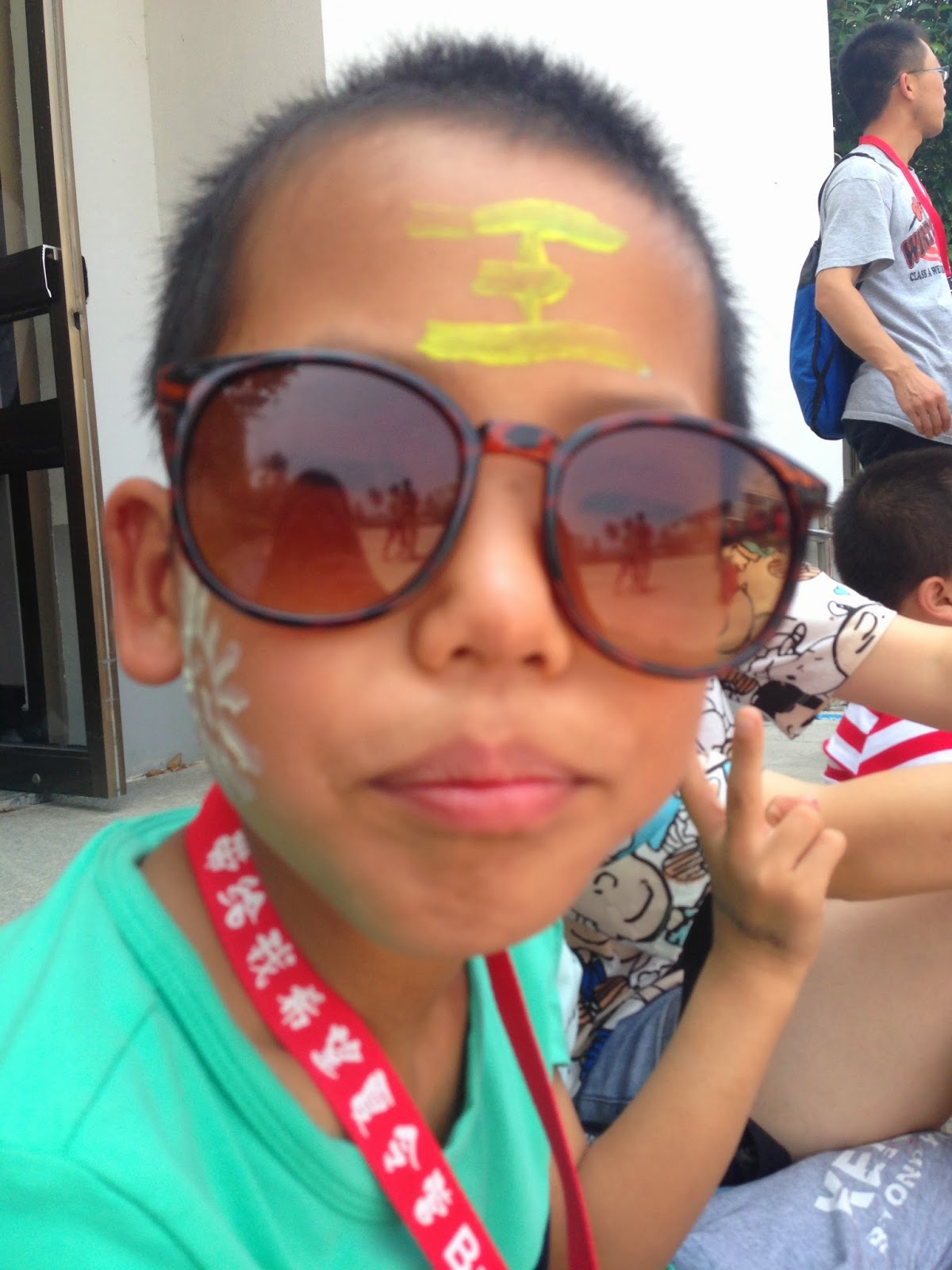 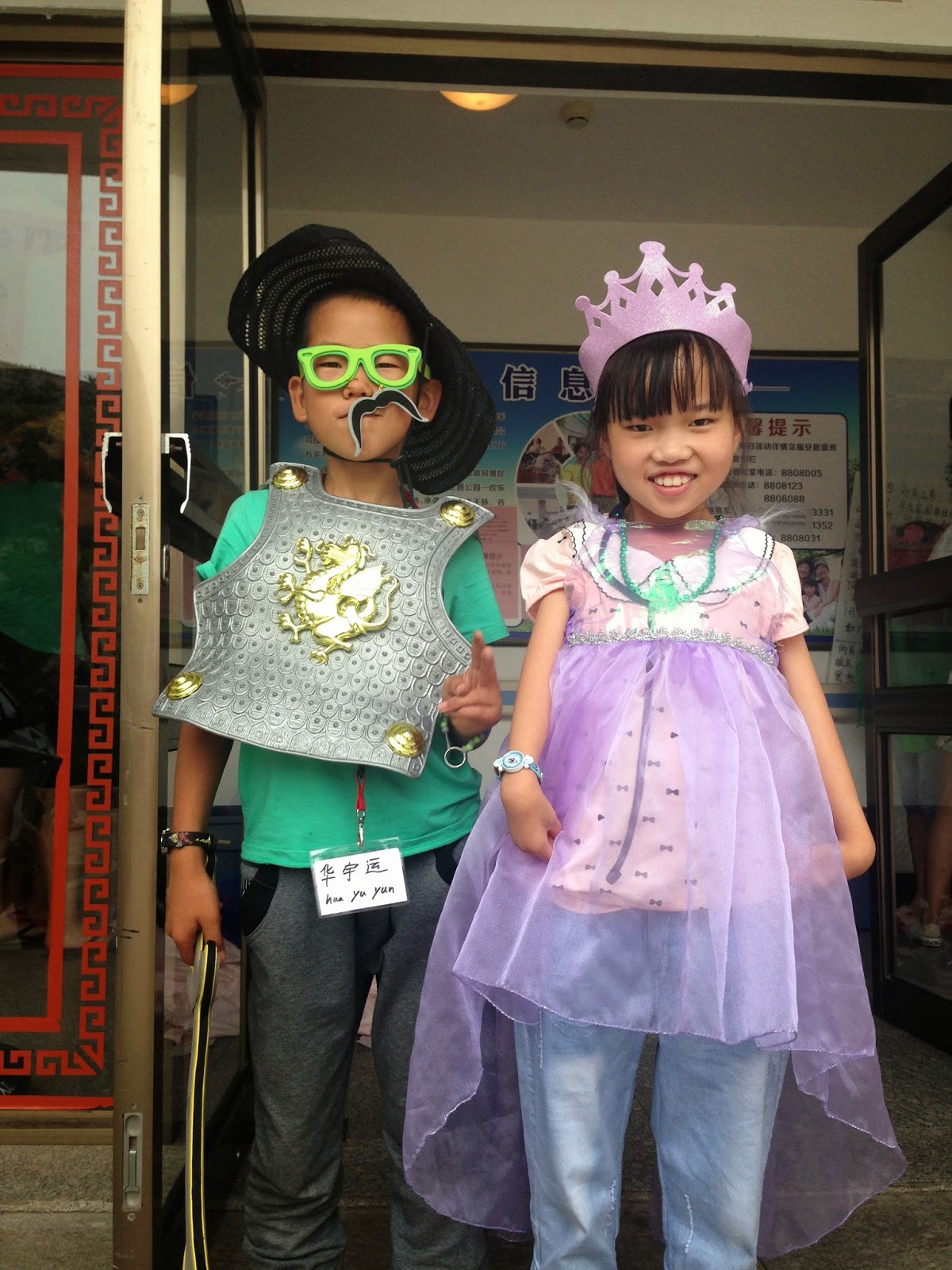 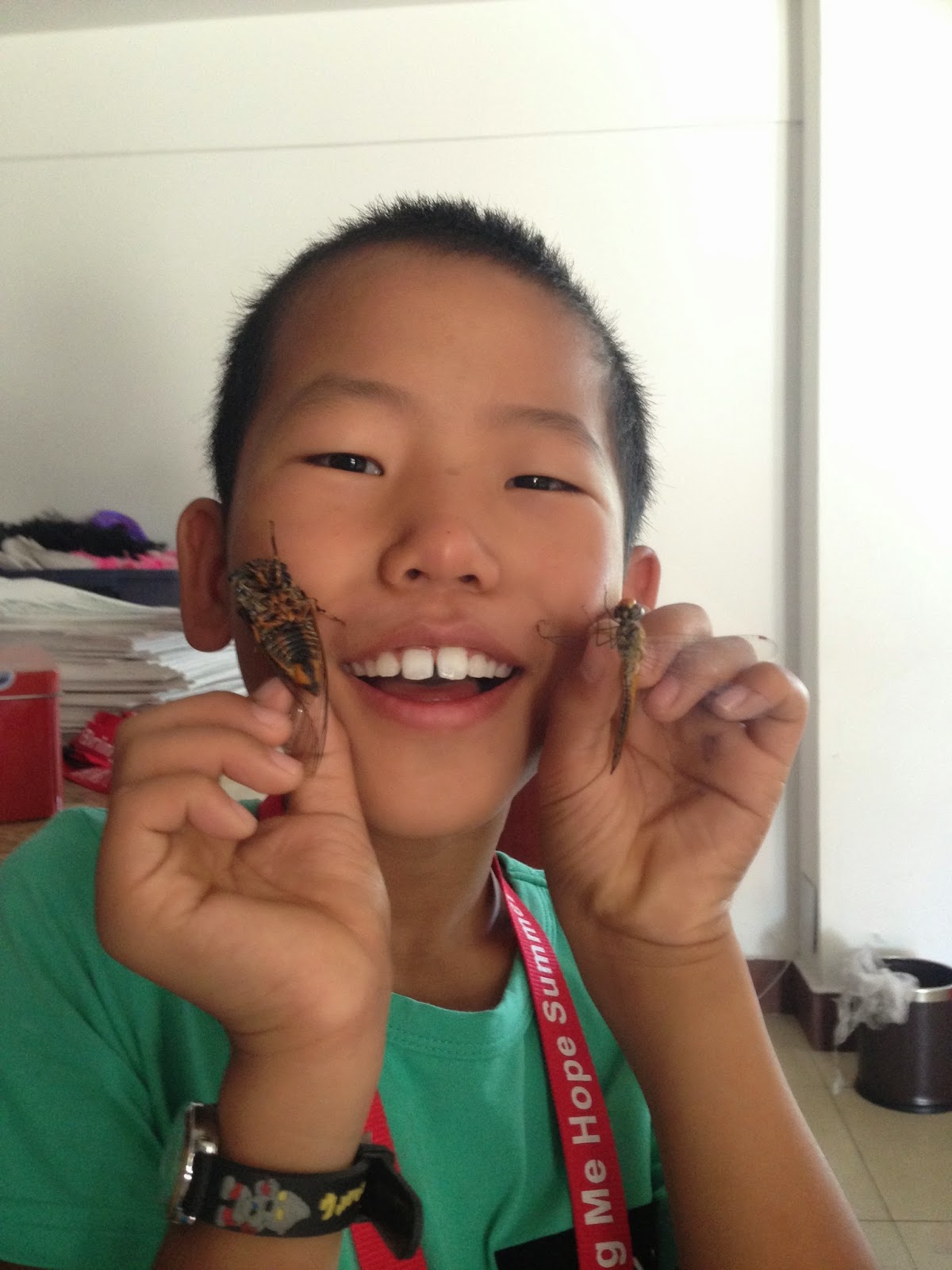 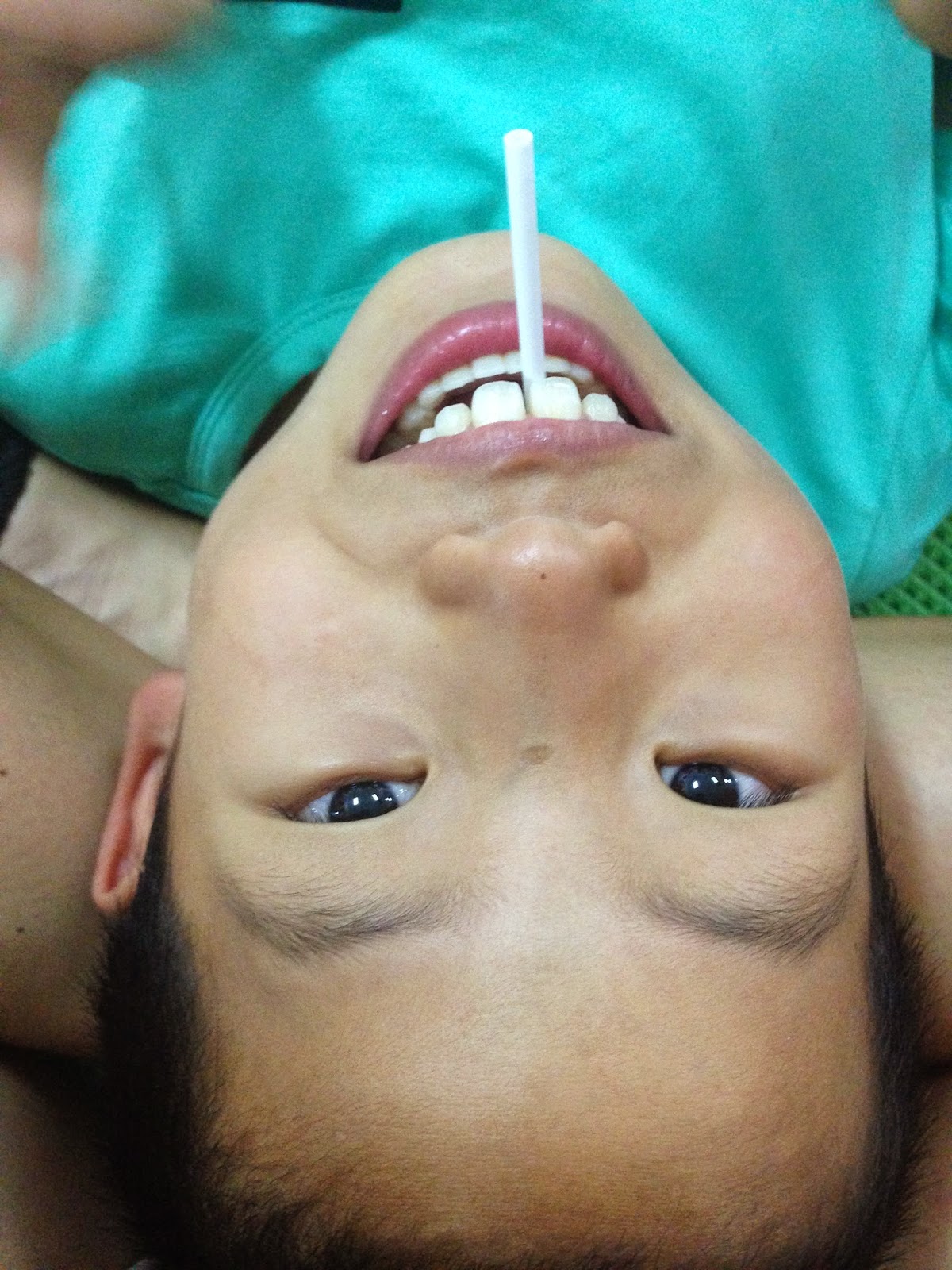 Please pray that this process moves along forward and swiftly!!! We are so grateful. Thank you Lord Jesus!
(ohhh yeah, Home Study is done and we are waiting the first USCIS approval while our papers are being prepared for our dossier. Still looking at the end of the year or early next year).