Although this blog was set up for Gabriel, I have to stop for a moment and share Anthony….Friday was his 5th "Birth" day……as we celebrated his day I can't help but have these moments of sadness…you see we don't know and may never know if it is actually his "birth" day, it's an estimate ….. you see TODAY, the 13th of January - 5 years ago - a sweet little infant was found in the residential area of an industrial park…..how long was he there for? we will never know…did his birth mother or father leave him there or was it a family member or a friend? we will never know….he was found with a blanket, a bottle and a half of bag of formula….he was maybe 48 hours old but  HE. WAS. FOUND….. he was left because he was born in a country that has decided that a child that doesn't look perfect isn't permitted to have the love of a family, that he isn't acceptable, that…-WHO THE HECK KNOWS - who knows, who knows…..HE. WAS. FOUND.  and he is one of the most beautiful boys I have ever seen….one of the most beautiful boys I have ever known….on occasion I pray for his birth mother……I mostly pray that she knows that her little boy is good, REALLY GOOD…that he is smart and funny and so freakin' cute…today I want to pray that she remembers his BIRTHday, that she remembers his precious face, that she remembers the moment she last saw him, that she REMEMBERS, period!!!!!

Anthony never knew his birthmother, Gabriel "knew" his for an estimated month. Who gives up a child after a day, never mind a month because something just isn't right? I'll tell you who does - CHINA - an entire country, that's who. I walked around those streets in China and anger just flooded through my veins…..and I wondered which woman also did this - which person could be a relative of my boys. In speaking with a friend the other say we talked about how because there are so many people in that country and so many orphans that everyone must know of someone who did this at least once- sure it's probably not spoken about but it is THERE - I pray that someone gets the strength to stand up against the crime, the sin, of leaving a child because they aren't up to some ludicrous standards.

I did not "birth" my boys, but instead hand picked them! Hand picked from a seemingly endless photo listings of beautiful children who deserve families. God put these boys in our hearts and I am eternally grateful. God didn't intend for these children to be abandoned, but he built a special place in our hearts for each of them - to be able to, among many other things, wish them a Happy Birthday. Happy Birthday to you, Anthony ZiHao Pellegrino, MY SON!!!! 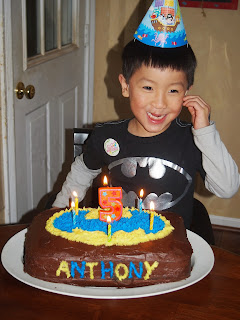 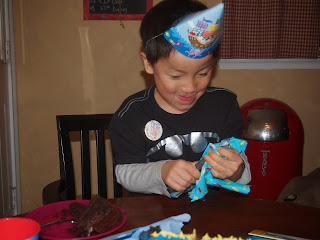 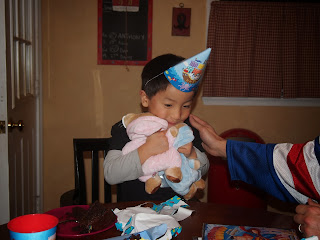 He has a favorite "Billy" bear (beanie) and he asked for a Momma and Dadda bear for him (so sweet)! 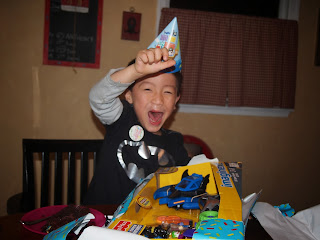 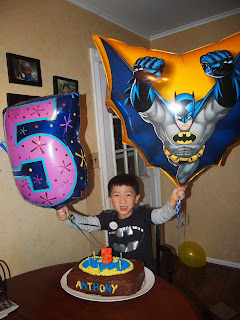 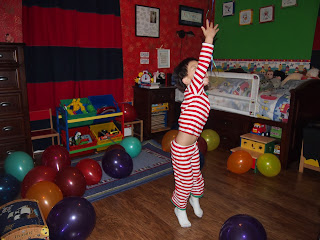 Waking up to Birthday balloons! 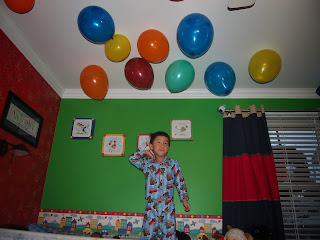 Hmmm, what to do with all those balloons? STATIC- yeah!!!!! 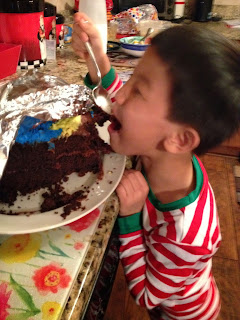 Teaching my son how to steal a bit of cake before breakfast (& before Dadda comes back in the room)!